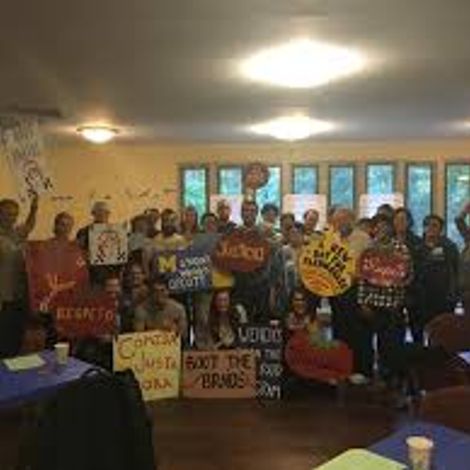 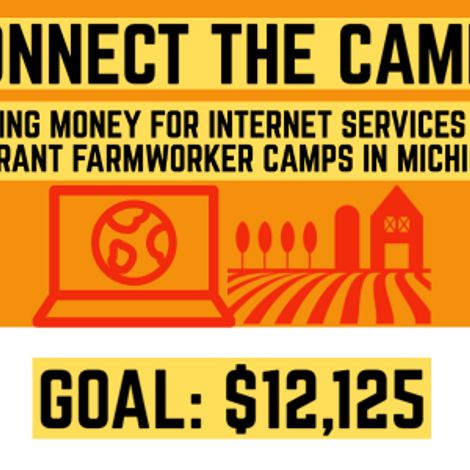 Famworkers are integral to both the national and local food economies and yet are among workers that face the most difficult treatment in the U.S. Washtenaw Solidarity with Farmworkers (WSF) advocates for local migrant farmworkers as a partner with the coalition, Southeast Michigan Migrant Resource Council (SEMMRC). Members of this coalition are of LatinX heritage who speak fluent Spanish and can reach out to local migrant camps.

During the current pandemic, one need that was identified by local migrant farmworkers was internet access for communication with families and telehealth appointments. Concerns of migrant workers are 1. their separation from their families, especially during a pandemic and 2. the lack of independent transportation often necessitates telehealth appointments for healthcare.

WSF participated in a meeting of SEMMRC in 08/2020 where the need for internet infrastructure and access at local migrant farmworker camps was identified as a key concern of camp members. WSF was part of a working group of SEMMRC members that decided the most reasonable internet providers, as well as a strategy for raising funds for internet access. It was also determined that WSF would spearhead this project to get internet installation and access at five farmworker camps in two counties in southeast Michigan.

WSF has initiated a GoFundMe website, which has raised $1250.00 as of 11/05, a separate website for raising awareness of the campaign, as well as contacting local and national organizations to participate in providing funding for internet access and availability at these migrant farmworker camps. WSF then presented the website and GoFundMe pages to SEMMRC for feedback. Members of WSF are involved with multiple groups involved in mutual aid, racial justice, and economic justice, including a 501c3 that is acting as our fiscal agent. We are currently in the process of contacting these groups to share and possibly contribute to this project.