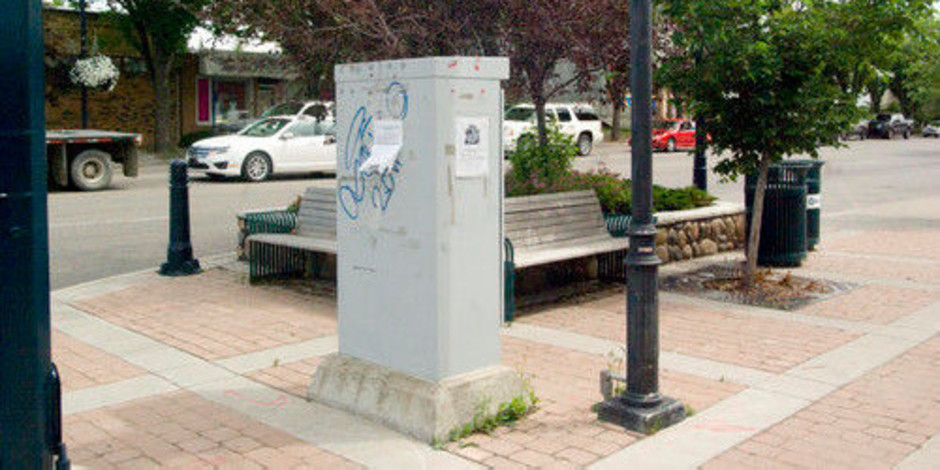 It was just another awesome night in Airdrie on Wednesday March 21, when ten Airdrie citizens (and trustees) listened to four pitches from the community on how $1000 could turn an awesome idea into reality. The winning idea, to turn 28 plain traffic signal boxes into 3D works of art, was the choice of the ten trustees who each committed $100 of their own money.

“What really set our winner’s idea of traffic signal box artwork apart from the other entrants was the potential to start a movement, which was fantastic in all our eyes. We saw this as an opportunity for Airdrie to be reminded of our commitment to this awesome city and involve more people with each project, as artists, and as sponsors. We could see a tangible piece of artwork and feel “WE did that! That’s awesome!” said trustee Keith Wilkinson. He also noted that if Awesome Airdrie was recognized for helping the project get off the ground, it would encourage everyone to submit ideas.

Called “Green-lighting Creativity” the project was pitched by Sherry Shaw-Froggatt based on conversations she had with the City Public Works Department. The City owns the boxes but could not cover the costs associated with the project.

“Traffic signal boxes and utility boxes are painted in cities around the world, including Calgary,” says Shaw-Froggatt, “it just takes paint and an eager artist to turn a boring metal box into something beautiful to brighten up the community.”

Shaw-Froggatt says the next steps are to put out a call for submissions from the arts community on a design for the first box. Once an idea is selected (with City and community input), special paints will be purchased and the box could be finished early this summer. Choosing the location of the first box is also a critical factor. “Once we have one completed traffic box, we then have a tangible piece of art to show to those who would like to invest in the arts community and from there we can sell the sponsorships of the remaining boxes to cover all of the costs. “The added bonus is we are employing our local arts community and showcasing their talent while beautifying our city,” Shaw-Froggatt added.