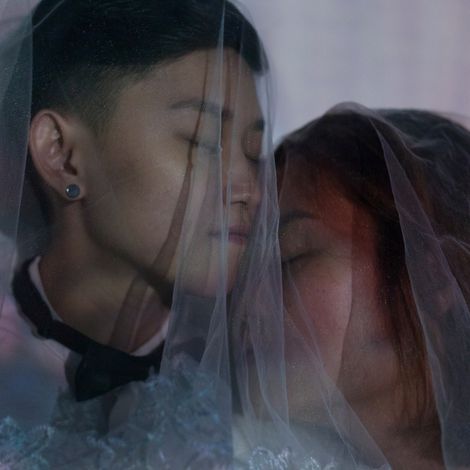 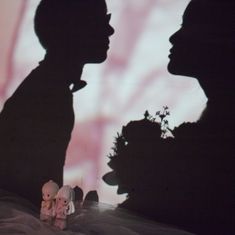 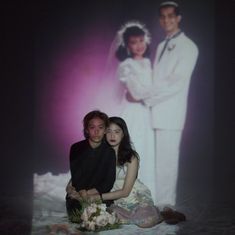 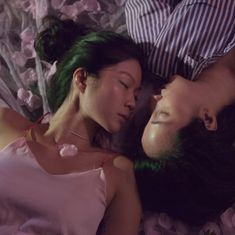 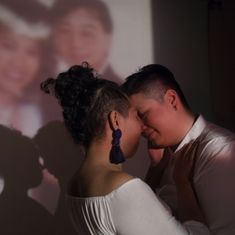 How She Loves is a series of collaborative portraits featuring queer female couples in Singapore. Given a variety of wedding props, such as bowties, flowers, and veils, representing tropes of matrimony and the gender roles society has constructed, the couples were asked to use items that they felt best represented them. Projected onto the backdrop are pictures of their parents’ wedding portraits, a visual reminder of the heteronormative histories that have shaped many LGBTQ people’s lives, and a juxtaposition to the future they hope to create. All made within a studio space, the portraits consider the performativity that queer couples adopt as a result of societal norms and codes. The series looks at the way queer women love, and the world they wish to reside in.

Homosexual relations remain illegal in Singapore due to a colonial-era penal code, 377(a), which dictates that a man cannot have sex with another man. Couples who identify as non-heterosexual do not possess any legal or administrative rights in Singapore, affecting issues such as marriage, parenting, access to public housing, hospital visitations, and overall discrimination.

This series was first initiated through a residency at the Exactly Foundation in 2018.

I will be continuing this project, looking for a more diverse range of couples in order to create a more representative series of portraits, as well as to deepen the concept of the work. I hope to eventually make a photobook from the series.