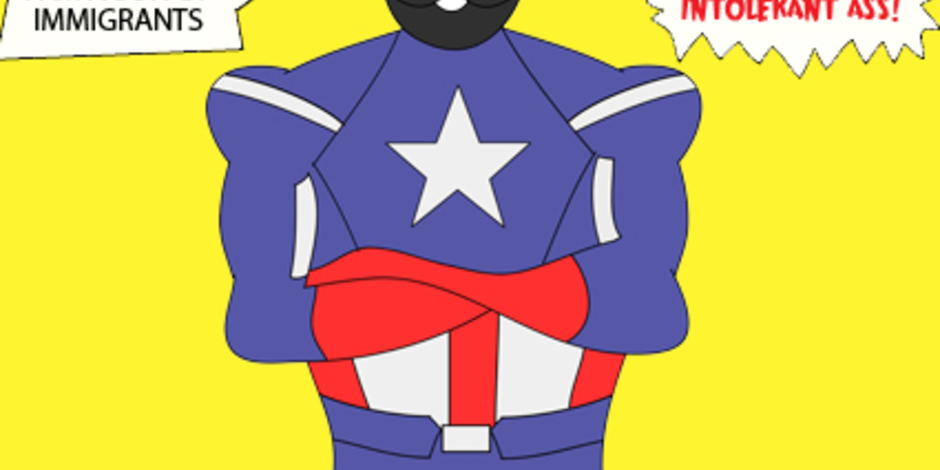 I am a cartoonist, writer and costume player based in NYC (Harlem). The rise in bigoted rhetoric in recent months has led to an alarming rise in hate/bias attacks against many who are perceived as the ultimate outsiders. I am a turbaned and bearded American (follower of the Sikh faith) and have been targeted all my life but more intensely since tragedy of 9/11.

Through a cartoon illustration I created four years ago of a turbaned and bearded Captain America for the NYC Comic Con which led to a photographer asking me to dress as one my life has never been the same. I have been traveling the US pushing peopled perceptions on what it means to be American dressed as Captain America. http://sikhtoons.com/captain-america-in-new-york-city.html

I am planning to do mass print of newspapers sized single page prints with a illustration of turbaned/bearded Captain America ready to defend American values and the back page with my life story through multiple cartoon panels. I plan to distribute these for free in NYC while dressed as Captain America early in 2016.

My message is simple. Don;t judge anyone based on their looks. Ask about peoples' life stories and then you will know we have a lot more in common than our eyes lead us to believe. This project is to counter the growing intolerance in America and a reminder this nation is great because of its incredible diversity.