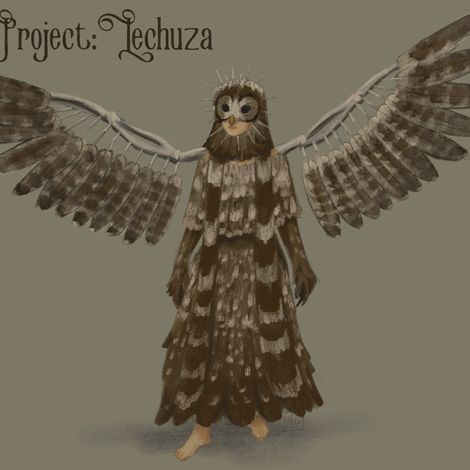 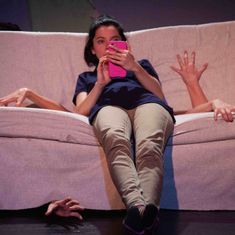 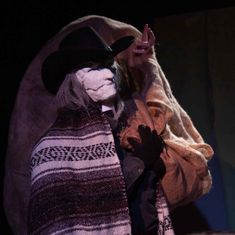 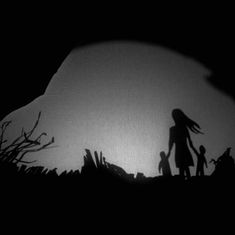 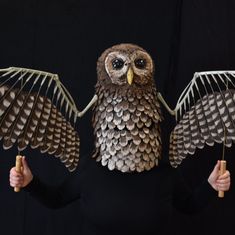 Yamel Cucuy is a devised bilingual theater performance, rooted in magical realism and the cultural fear that lies just below the surface of borderland society. Set to a score of indigenous percussion and folkloric guitar, the production features a blend of shadow puppetry with three dimensional rod and wearable puppets alongside human actors. Thirteen year-old Yamel, an undocumented immigrant in hiding, navigates a treacherous emotional and sociopolitical landscape through interaction with the folkloric spirits of her cultural heritage. Just outside the paper thin walls of the apartment where Yamel is concealed, immigration agents move door to door, searching for the undocumented. Inside, the legendary spirit characters of Yamel’s childhood nightmares circle ever closer, seeking to steal her youthful essence. El Viejo carries a sack full of children he has stolen, and wants Yamel for his collection. His hands are everywhere, reaching for her from inside couches and cupboards. Las Lloronas’ many faces seek to claim Yamel in exchange for the children she lost to drowning. La Lechuza, a witch in owl form, is drawn to the power of Yamel’s dwindling childhood. An unexpected development in Yamel lifeline thwarts the spirits and aligns their purpose with Yamel's in a transformative journey. Together they rally the human and spirit world against the agents who seek to control and expel la gente from the borderlands.