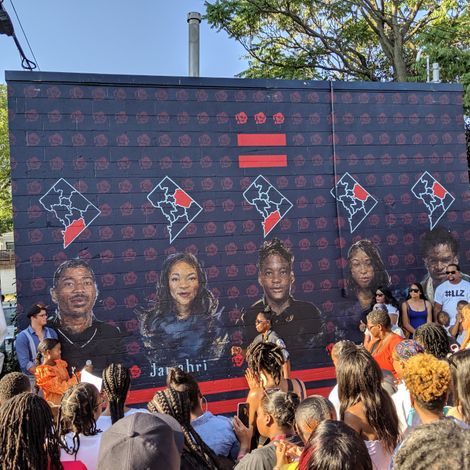 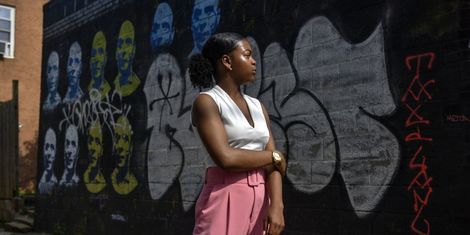 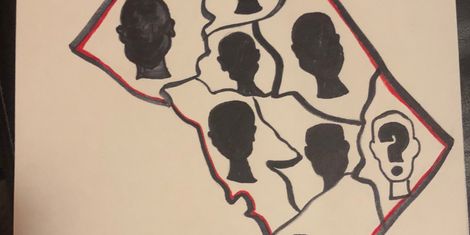 My mural project stems from one of the District of Columbia's biggest flaws: gun violence. 116 homicides took place in the year of 2017 and there is no place of remembrance for those fallen. My plan includes creating a mural to commemorate six faces of slain youth from the 2017-2018 school year. I began this project with a petition, to gauge communal support. The petition grew rapidly on a local level. About ten weeks after I launched the petition, the Parkland shooting took place. About five kids from Parkland, Florida came to my high school in Ward 8 to learn more about everyday gun violence, rather than mass shootings that rarely take place, and gain momentum in the media. We educated them about our homicide rate, how guns are trafficked into the city, and what we were doing to combat the issue. The topic of my mural came up and Cameron Kasky tweeted it out and my audience grew geographically. At that point, me and my teacher, Ms. Lee, were still looking for a space to paint. We were told no by a Council-member and maybe from business owners. The process became discouraging and we continued on for about six months, until we lucked up. Ms. Lee walked through an alley connected to Barracks Row in Capitol Hill, owned by The Fridge art gallery. Alex Goldstein, the owner, was thrilled to sponsor the mural as he had his own ties to gun violence. The location was perfect, I want the mural in a neighborhood where the residents can live their everyday lives and ignore what happens in the city's poorest corners. Lastly, we have an artist and are currently in the stage of fundraising.