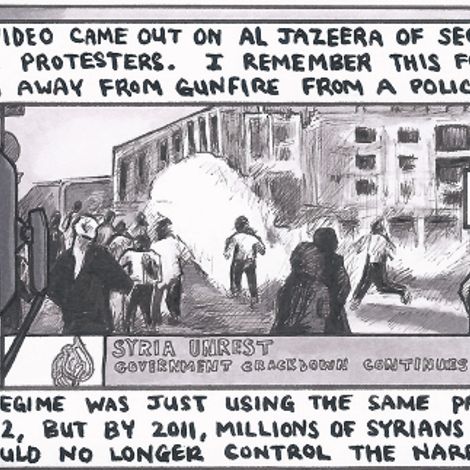 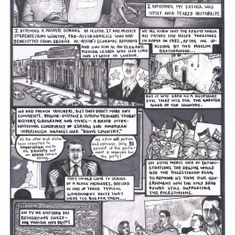 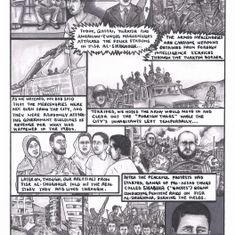 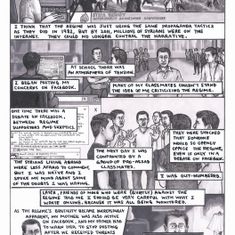 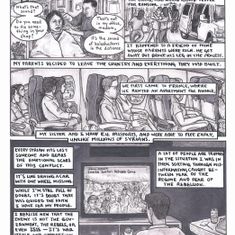 Chris Russell (illustrator) and Patrick Hilsman (journalist) are working on a collection of graphic essays about the Syrian refugee crisis, told through the eyes of individual survivors. The essays will likely become a book, in the tradition of graphic novels such as Art Spiegelman’s Maus and Marjane Satrapi’s Persepolis. Each essay is told in memoir form, with text taken directly from interviews with Syrian individuals who have been uprooted and forced to flee by the most destructive conflict of the 21st century. Over the course of six years, the Syrian conflict has escalated from a peaceful uprising to a war that dragged in superpowers and set off global consequences felt across the world. By asking individual Syrians who have been forced to flee to speak in their own words from a variety of perspectives, we allow each story to be a different window into the origins of the Syrian revolution and the descent into civil war and the refugee crisis.

We hope our project will shine a fresh light on the refugee crisis for a new audience, and that it will serve as an educational tool on the roots of conflict and the dangers refugees face.