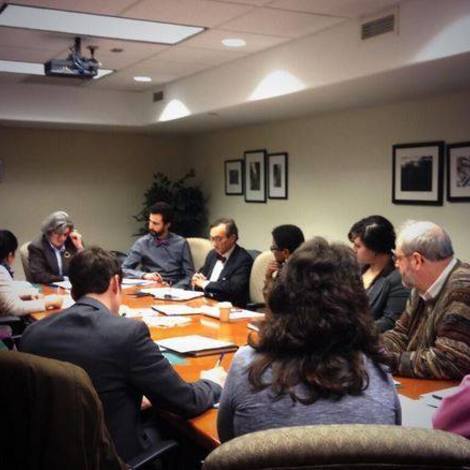 Imagine life without an ID. Jane is unable to make a doctor's appointment or fill a prescription because she does not have a proper ID. Sean recently had an interview for a job, it was going well until his potential employer asked for ID and the one he could produce is with the name and image of Emily, who no longer fits his gender identity/expression. John, a permanently disabled man in his 50's, receives Supplemental Social Security Income, but has no photo ID. When John's government checks come in, he has to ask someone to drive him to a distant storefront where for a 20% fee, he can get his check cashed. These vignettes are confronted by actual people.
In Washtenaw County, there are approximately 38,000 undocumented individuals facing barriers like the stories above. Without an ID, folks not only have difficulty opening bank accounts, getting a library card, filling prescriptions, or signing a lease, but they are also afraid to participate in public events, speak out on political issues and approach government bodies.
In response to this social injustice, in 2012, service agencies, community advocates and public officials formed the Washtenaw ID Project Task Force to organize the creation of a program that would offer government-issued photo ID to all residents regardless of immigration status, housing status, gender identity or other identifier. In November 2014, the County ID Program passed and will roll out in May 2015; it will be the first county-government issued ID card in the country and the first local ID card program in the Midwest.
Now the ID Task Force's focus must shift towards leading an outreach campaign to raise awareness and provide support to those in need of the Washtenaw ID. Synod Community Services has established an ID Support Clinic to raise a needs-based scholarship fund for those who could otherwise not afford an ID; provide technical support navigating the card requirements; and hold public education events to inform the public.