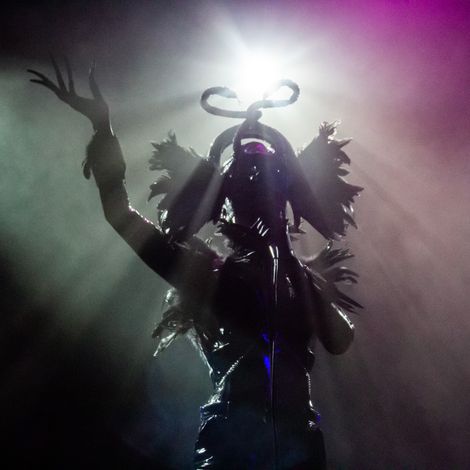 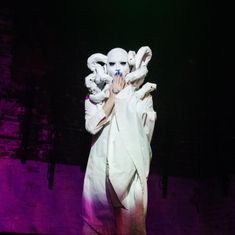 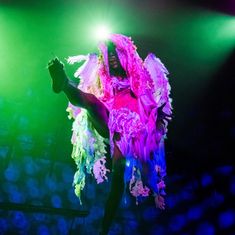 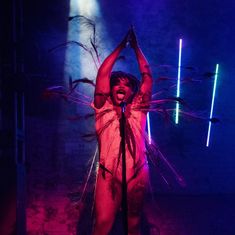 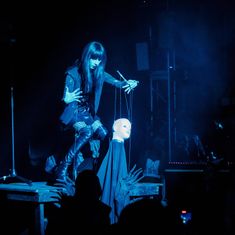 Our September grant has been awarded to UNDERWORLD, a chaotic nighttime spectacle and ritual celebration featuring weird and wild performance work inspired by myths, legends, folktales, and fairytales, taking place at 3 Dollar Bill in Brooklyn on October 22nd.

Hosted by Tiresias, shapeshifting songbard oracle of the Underworld, the extravaganza will feature a menagerie of chthonic entities from Mothra to Mother Earth. Run amok with masked phantoms, puppet apparitions, mystic spirits, and drag monstrosities, UNDERWORLD is a Dionysian danse macabre you won’t live to forget.

Artist Evan Silver writes: "Spaces where queer people feel liberated to be their weirdest and wildest are vital to our collective joy and survival. I want to build an immersive world of fantasy, chaos, and wonder, where people feel not only tolerated but celebrated for being weirdos and freaks. Opportunities to really let our freak flags fly – and let’s be clear, I’m not talking about the Pride Parade™ – are deeply awesome but unfortunately rare.

"So, I want awe, as in mouths agape at gargantuan ghost puppets and astonishing works of mythological performance art. And I want awe, as in, amazement at what is artistically possible in a queer nightlife space, where little is expected other than pop songs and death drops. But I also want the awesome that is creating vital space for queer people to celebrate the wild chaos and jubilation that is our existence. That, I hope, is the awesome of UNDERWORLD."

UNDERWORLD: Resurrection (Act One) will include wild and wicked performances by Jay Kay, La Zavaleta, Ode aka Tristan Allen, Will Atkins, and Tiresias. EARTHWORM: Emergence (Act Two) will involve mystical and mysterious performances by Mizuho Kappa, Ezra Moth, Megami, Amygdala, and Nicolas Baird, with a screening of a short film by the Institute of Queer Ecology. Sublime rhythms will be provided by the divine DJ Christian Tokyo.

Our grant will support the production of this spectacle, including the creation of a very, very large puppet – a "convening of reanimated ghosts and spirits. The very premise of the show is to reawaken old stories for new audiences."