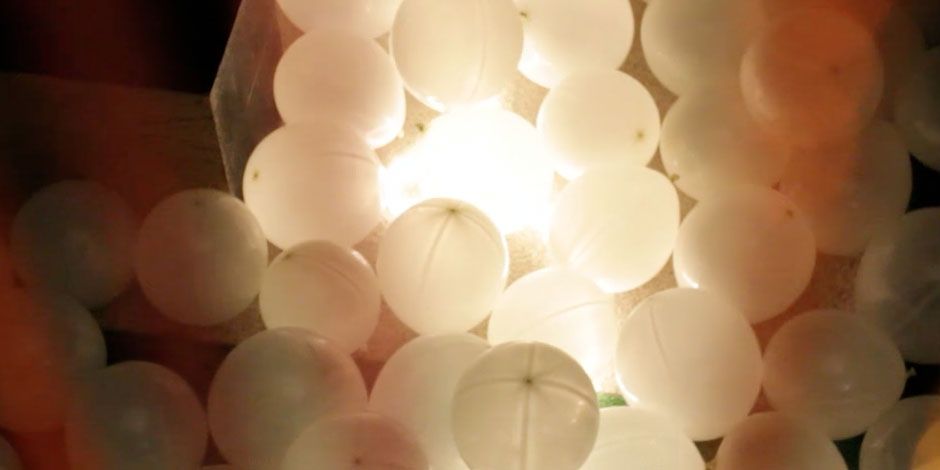 Our goal is to create the world's first ever immersive, balloon-powered dance party!We will design and build units made up of a micro radio receiver, a micro speaker, and a colored LED light, and insert them into balloons.

The receivers will be tuned to the same frequency and will simultaneously broadcast tunes while the LEDs flash in time with the music. The captured air inside the balloons will create a resonating chamber, producing deep, rich sound despite the small speakers inside.

We will also include several thousand unlit helium and air-filled balloons, and several hundred balloons with only LED lights inside.

The final result will immerse visitors in a sea of floating, pulsating orbs of music and light. A dance party emanating from all around you!

The installation will last over an entire weekend in the massive 22,000 cubic ft main gallery of the "Million Fishes" artists collective in the Mission. It will be fully advertised and open to the public for all to enjoy.

We have, strangely enough, extensive balloon related experience. Our first adventure involved turning a squash court into a balloon ocean, using 6,000 blue balloons, and an array of colorful undersea balloon creatures. The response to this project was overwhelming - several hundred normally overstressed college students spent a whole day cavorting among the balloons. We marvel balloons' ability to create childlike wonder and expect this project to achieve even more of that same effect. http://goo.gl/yQ2EM

Will is the balloon specialist; Isaac, with a degree in Astrophysics, is our electronics guru; George is the party planner, DJ extraordinaire, and resident of the "Million Fishes" artists collective. Together with support from the Awesome Foundation, we are ready and eager to make this awesome dance party dream come true!