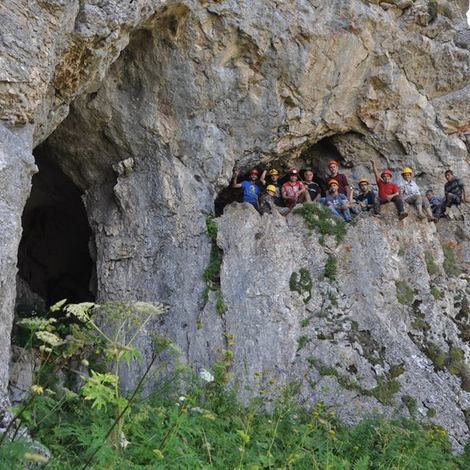 Rock climbing is a slowly growing sport in Armenia, but the construction of new routes is monopolised by two climbing groups who set routes for their difficulty, not considering newcomers to the sport. For now, these areas are generally concentrated around Noravank and Areni (although there are a few other routes elsewhere).

After 5 years living in and exploring the country, I have found a number of potential new climbing destinations that offer beginner and experienced climbers a wealth of new options. This project aims to set up sport climbing routes in these areas. The funds from this project will provide the seed (to set up 2 new routes), upon which I will develop it further in the years to come.
Having worked on the development of Dilijan for the past four years, I have found and top-rope climbed (used to investigate new routes before they are set) over 20 amazing potential routes. Routes can't be set in the National Park without permission (I have spoken to them about this, and they could allow it if I can set them myself), but there are areas nearby that are outside of the National Park where it is completely legal to set routes, that would still benefit the development of Dilijan and the adjacent settlements. One such example are the amazing cliffs above Hovk that are still mostly unclimbed.

The aim of the project (and following years of continued effort) is to increase the number of climbing destinations, both for local beginners and enthusiasts, and to attract foreign professionals to the region. As of now, there are only 5 climbing areas in the country, but if there were more regions, and more locals actively participating in the sport, there would definitely be more international interest. The climbing potential of Armenia is limitless.