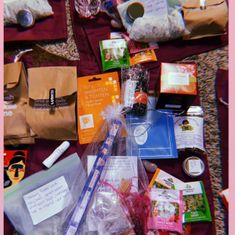 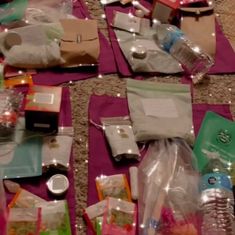 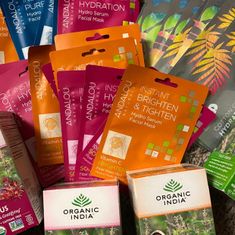 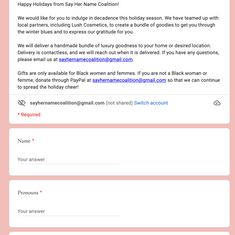 Holiday self-care for survivors is a project that branched out of unfortunate events that began a few months ago. During a tumultuous time in the Baltimore arts scene, Black women and femme survivors were berated, threatened and harassed following a peaceful protest at the YNOT lot. My collective, Say Her Name Coalition, called on the community to help us curate self care packages to support the organizers and survivors involved. We were able to raise over $3,000 from crowd sourcing and we were able to provide an opportunity for survivors to have group therapy, and to pamper themselves. Once we were able to support them, we received many emails about the need for this to continue. After some brain storming, we decided to offer holiday self-care for survivors. Many suffer from seasonal depression in addition to this, the lack of care for black women and femme identified bodies is apparent. This project will take place December 17-19th and December 23rd in which we will distribute holiday boxes to black women and femme survivors who fill out our google document. These boxes will be filled with decadent bath and body care from lush cosmetics, as well as handmade items from local businesses and partners. The importance of self care is to remind oneself that they deserve to be free, they deserve goodness and that they deserve to feel good about themselves.