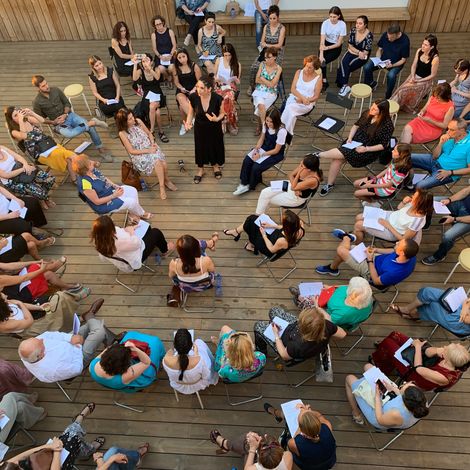 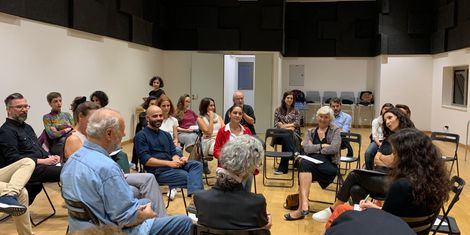 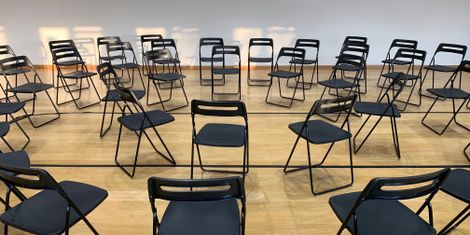 Project SEASON Women 2019-2021 is an independent, private initiative, run by three women who work in the theatre: theatre directors Magdalena Zira and Athina Kasiou and actress Nedie Antoniades. It is a platform and an invitation for collaboration, consisting of a series of theatrical performances and sidebar events that examine women’s social status. As an artistic platform, it supports, promotes and gives a platform to stories owned by women, to a narrative from a female perspective, to her story.
Through this platform we ask the following questions:
Which stories are we telling?
Whose stories are we telling?
What is a classic? What is universal?
What is the dominant narrative that defines women’s role in society? How does the history of theatre in the last 2500 years reflect that narrative?
We created the project as a reaction to a widespread indifference towards issues of equal representation, diversity and social consciousness that we saw reflected in the repertory of the state theatre in Cyprus. This indifference reflected sexist attitudes in the hiring or artists, the hierarchy of projects and the kind of stories that were given a platform.
We are inspired by artists and institutions around the world who try to influence structures and challenge hierarchies, either by re-examining the policy of festivals, museums and theatres, or by creating work containing different archetypes and role models, or by consciously choosing a different lens through which to interpret stories that defined our collective cultural identity. And the stories we tell become the world we live in.
The project’s areas of focus include new writing by women, adaptations of classics by female artists (directors, playwrights), interdisciplinary collaborations and discussions, and the collection of untold women’s stories in order to create new work.