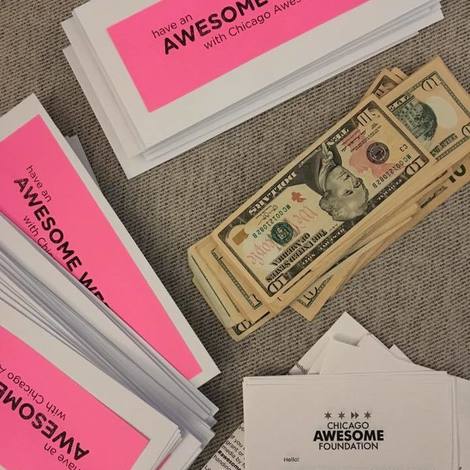 In a nutshell: awesome weekend is a global celebration of awesome when we invite people to give away pink envelopes with $10 (or local equivalent) randomly (or not) along with an invitation for people to use it as they wish but preferably doing something awesome with it! This application is for the Chicago chapter's implementation of it.

The idea of doing it together - and globally - is to get as much excitement about it as possible, so that we could get some free press and buzzing about Awesome Foundation, leading to new chapters, better proposals, awesome trustees and enjoying a fun weekend together.

Chicago's intention is to take a look at neighborhoods that we've been giving less grants at and try to make sure people in those neighborhoods know about us.