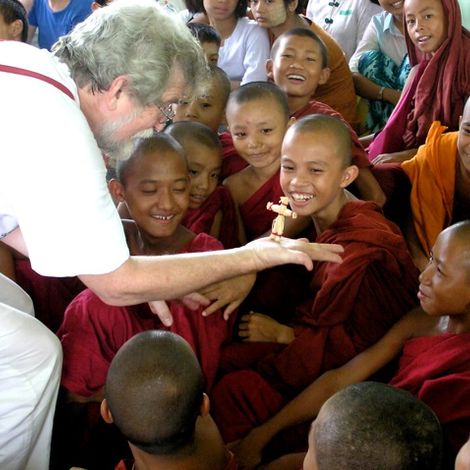 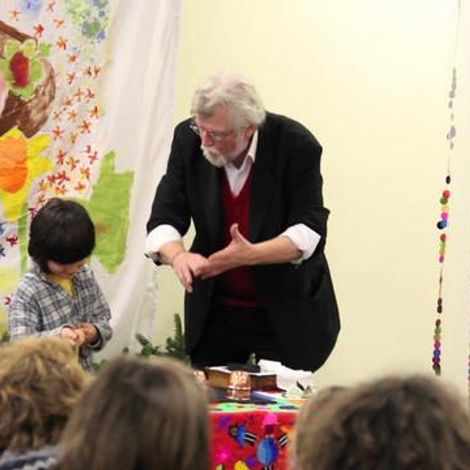 I have a growing children's magic class in Kabul, Afghanistan, but we need $1000 for magic supplies to make use of local materials. This project began when I was in Boston at Harvard Divinity School. I decided to raise money by running the Boston marathon -- while juggling (or "joggling" as it's called). The Boston-Afghanistan connection remains through a friend network I've worked hard to build at Harvard and MIT.

I've been working in Afghanistan as a juggling teacher and aid worker since 2005. In 2009, I started a magic class for street kids and orphans, housed at the Afghan Educational Children's Circus (www.AfghanMMCC.org). The children use magic as part of their educational stage performances that reach over 300,000 children every year. Magic is a great tool for building their self-esteem, equipping them with means to earn income in the future, and improving the capacity of their educational messages to reach the masses (e.g. how to avoid malaria, how to wash hands when you don't have soap, how to resolve conflict with peers, etc.).

I'm really excited for this summer. Tom Verner, founder of Magicians Without Borders, will be joining me this summer (June, 2012). Our vision is to develop some bigger stage tricks that could be used on national television in this war-torn country. In a place where everything seems impossible, magic is a great way to inspire hope that the impossible is possible.

But we're missing one thing: magic equipment. Magic props for stage performances require funds for construction. Purchased in the US they are very expensive. They are cheaper to make in India. No one in the US is willing to donate such equipment, so these need to be custom ordered. $1000 would go a long way for the stage props we have in mind, some of which would need to be welded, others chemically treated. We estimate about 4 months are needed to prepare the props.