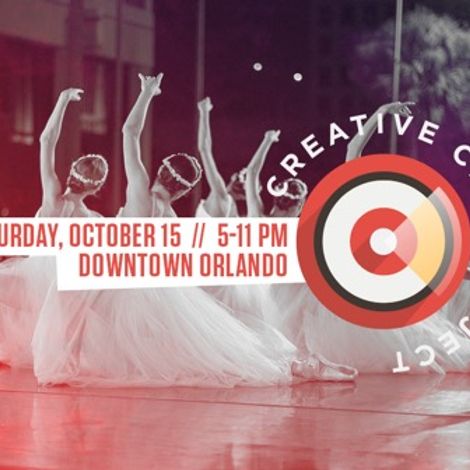 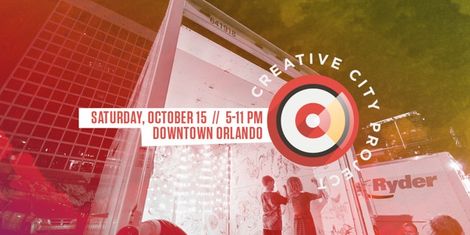 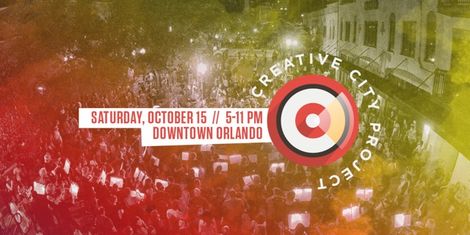 And performances and interactive installations from hundreds of artists from Central Florida and beyond!

The Creative City Project is an arts non-profit with a three-fold mission :
• Cultivate a thriving arts community in Central Florida.
• Nurture a deeper sense of ownership of and care for Orlando amongst its residents. • Shape the global perception of our city as one known for innovation and creativity.