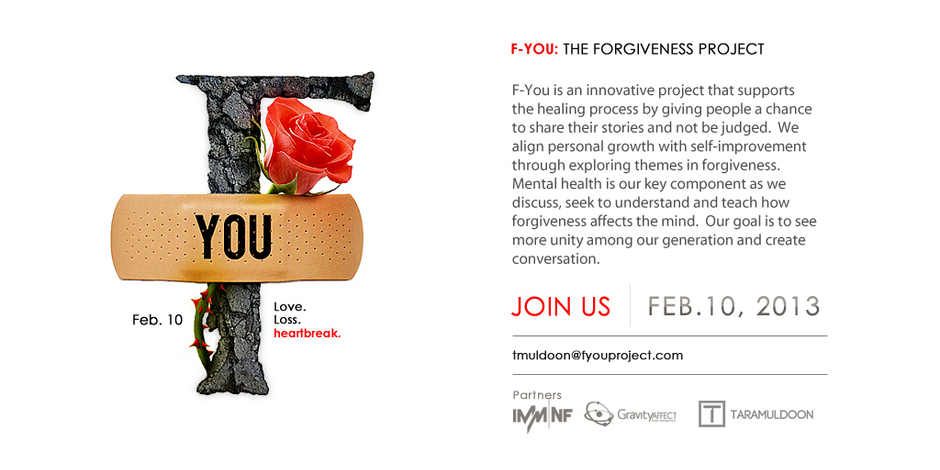 We are young people who want to see a change.

Our team believes that our peer group (18-35 year olds) are constantly surrounded by images and ideas of conflict. Because conflict comes in so many forms – from gang violence to bullying – we created a project that inspires dialogue about what forgiveness means and looks like. We are heartbroken by growing violence rates in the GTA, as many of our team members have lost friends and family to gun violence. As a way of healing, we started a small discussion group about turning trauma into a positive project. The small discussion group grew from a few believers into a consistent event averaging 80 attendees.

We are a group of young people who see the concept of forgiveness as a tangible and attainable way of seeing results, with the ultimate goal of seeing violence rates lowered. To date, we have held 19 events attracting more than 2,200 attendees, the majority of whom have been youth. Based on data we collect at every event, we have a return rate of 82%.
Most recently, we created a discussion and dialogue on the word “retaliation”, as well as alternatives to the theory of “eye for an eye”. We had three ex-gang members speak about why they participated in gun violence, what the lure of a gang was and ultimately what rock bottom looked like. They spoke about how forgiveness was the deciding factor between fighting back upon conflict or walking away – all three said the decision to forgive has kept them alive.