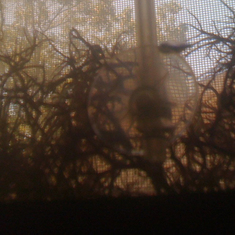 Austin Sea Veggies is a seaweed farm in Austin TX started by Lewis Wells. Originally he was growing seaweed for scientific purposes.

"Seaweed products are in many products most people don't know it. It is in many foods, cosmetics and medicines. The wild harvest of it is reaching unsustainanble levels," Lewis told us. He started growing in aquaria as proof of concept. It required years of research and experiments. "In an off handed comment I made a remark to my wife about eating it. Next thing I know I am running a booth at the sustainable food center's farmers market and my garage is full of tanks of seawater growing seaweed for culinary use." How cool is that?!

Now Lewis has so many customers in grocery and restaurants that he has more demand than supply. With the awesome foundation grant Lewis plans on purchasing electronic probes to measure nitrogen and phosphate level in his farm tanks. "If I can graph in real time the rate the plants are taking up nutrients I can give them the exact amount of nutrients they need and have 0 waste," he says. He'll also be buying a UV sterilizing unit to eliminate bacteria and nuisance algae from the water supply to produce even better crops.

This will allow Lewis plans to moving Austin Sea Veggies out of his garage and into a greenhouse at Agua Dulce aquaponics farm in southeast Austin. He'll be finally able to raise several fold the amount of seaweed and finally meet his customer demand. He will also be able to start growing more varieties beyond the one he grows now called Ogo.

"My goal is produce amazing, fresh, healthy local seafood anywhere in world. I want people to have good food and for us to be able to leave the wild environment alone at the same time."