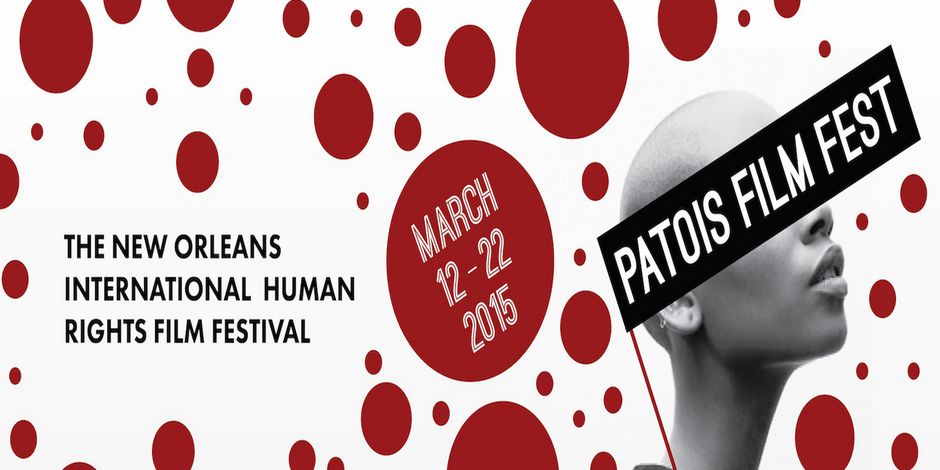 Founded by New Orleans artists and activists, Patois: The New Orleans International Human Rights Film Festival is dedicate to nurturing the city’s human rights community, supporting the work of local organizers and organizations involved in these struggles, and providing a forum for artistic expression of local and international issues. Founded in 2004, Patois is back in 2015 after a brief hiatus ready to premiere new powerful social justice oriented films from around the world while highlighting brilliant local filmmakers and the vital local grassroots organization doing work in the city. In addition to the film festival in March, Patois hosts a variety of community screenings, workshops and fundraising/outreach events leading up to the festival. Because Patois has always prioritized community accountability, we come up with our festival in consultation with a range of New Orleans’ grassroots organizations and activists (from veterans of the civil rights movement, to high school students, to advocates, teachers, and organizers. Local organizations we have organized benefits and other events for and consulted with in the past include the New Orleans Women’s Health Clinic; INCITE! Women Of Color Against Violence; Critical Resistance; Neighborhood Gallery; and Safe Streets, Strong Communities).

Since our beginning, almost every film we have shown has been a local- or regional premiere. In addition, we have presented several world premieres, including powerful new films by both local and international filmmakers. As a community festival, we host screenings around the Greater New Orleans area, from Chalmette to Central City, and Gentilly to the French Quarter. However, we are more than just a New Orleans festival and have hosted satellite screenings in Natchitoches and Shreveport, Louisiana, as well as in Detroit and New York City. With your support, we will continue to amplify local voices, raise important issues, and build community.