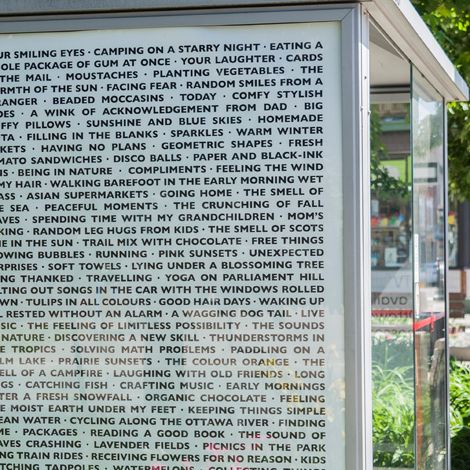 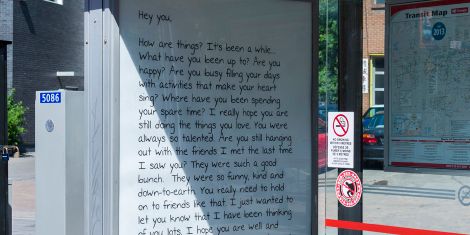 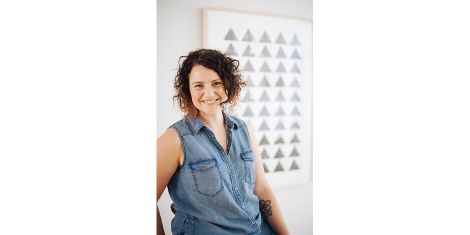 The second of June's two Awesome Ottawa awards goes to Anne Wanda Tessier to support bus shelter “advertisements” breaking convention and provoking reflection. Anne has actually already carried out her project. In fact, she didn’t apply for an Awesome Ottawa award at all, but is receiving one in recognition of her initiative, as well as to encourage her to continue the awesomeness.

“I wanted to create something that people would not expect to see in public spaces,” says Anne, “so I designed and created two bus shelter advertisements which are not trying to sell you anything. Both are meant to be reflective about where you are in your life and what makes you happy. One is a sweet letter that could apply to anyone, and the other is a list of things that make you happy, collected from people in Ottawa. It was interesting to note,” Anne mentions, “that most of them have to do with nature and people, and not about accumulating money or things.”

“We often see so many negative messages from media, and advertisements,” says Anne, “that we always need to be more of ‘something.’ We are constantly reminded of all that is negative in the world, and I just wanted to make a comment that, although everyone has to go through some tough moments, and although there are a lot of negative things going on, life still has some positive things to offer, and to appreciate these small things.”

Anne is an artist, printmaker, painter, and yoga teacher.