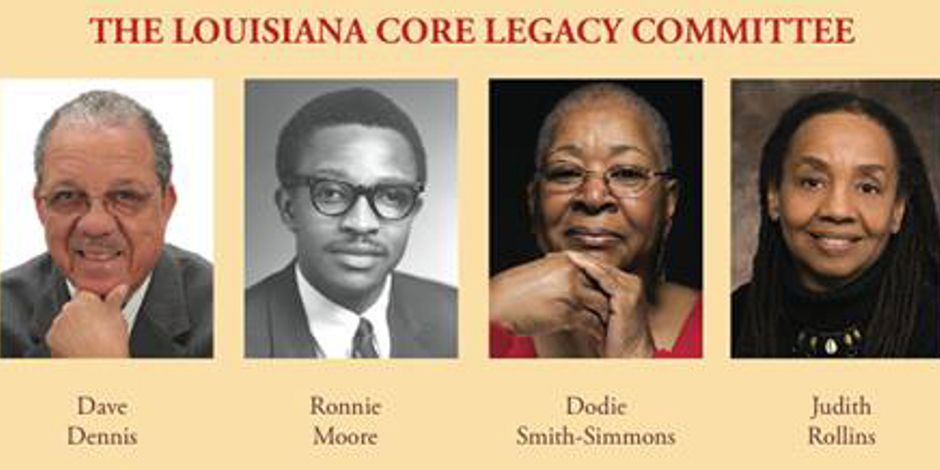 Fifty years after the Freedom Summer projects throughout Louisiana, 51 years after the brutal repression of civil rights activism in Plaquemine almost took the life of James Farmer and others, and 53 years after a cadre of young people from New Orleans joined the Freedom Rides and trained others in nonviolence, it is clear some progress has been made. Just as clear, however, is that many problems remain.

As the 50th anniversary of Freedom Summer nears, a group of former CORE workers in the movement in Louisiana have come together to put on an event: Freedom Summer and Beyond: A Commemoration. The event will commemorate not only the summer of 1964, but all of the activism in Louisiana from 1960-1965. And, most importantly, it will examine what we can and should be doing to address the many contemporary problems in Louisiana and in the nation.

Many people know the story of Freedom Summer in Mississippi, but that's just part of the story. Not many people, even locally, know the history of Freedom Summer in New Orleans. This Awesome Grant will be used for a documentation project that will play a pivotal role in the commemoration: it will record and collect the stories of those who lived, worked, and fought for freedom as members of Freedom Summer here in New Orleans and across Louisiana. This summer will be an amazing opportunity to collect stories, with so many veterans of the movement gathered together.

Video, audio, and photo documentation will take place as part of the project. Interviewers will collect audio and video oral histories, and produce digital video shorts from interviews with former CORE members, New Orleans Freedom Riders, and other Civil Rights veterans. Videographers will also record all the events of the commemorative weekend. The resulting interviews and video shorts will be placed in an online archive dedicated to the work of Freedom Summer participants from New Orleans.