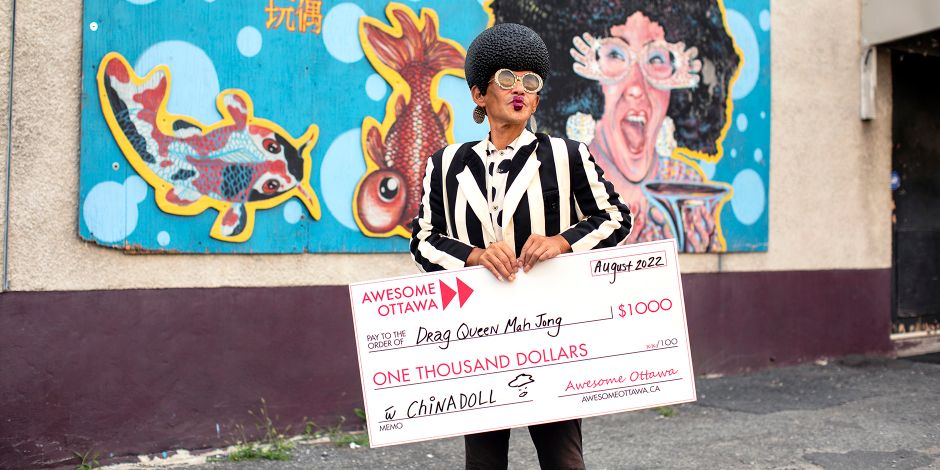 “Mah Jong is an ancient Chinese tile-based game that was developed in the 19th century in China,” explains Edward, “and that has spread throughout the world since the early 20th century. Want to learn how to play? Already know how to play? I guarantee that even beginners will be able to play after one session.”

“All materials and step by step instructions will be provided by me, China Doll. It’s a great chance to socialize and sharpen your skills.”

Edward is an Ottawa based drag performer who uses drag to spread love, joy, and laughter.