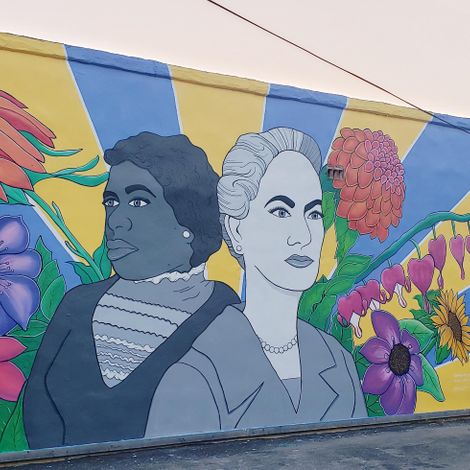 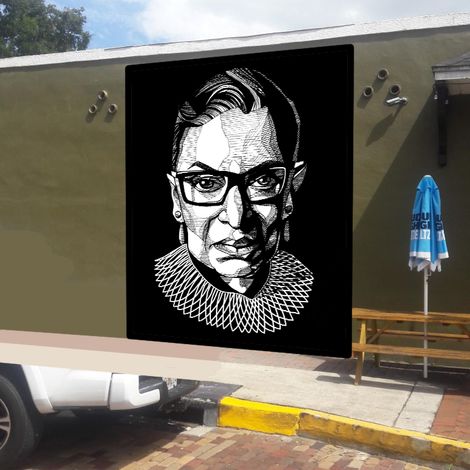 Our Awesome project is a continuation of the Mural painted on one side of Burton's exterior wall in 2019 that celebrated the 100th Anniversary of the Women's Suffrage Movement. In this particular mural we honored Beth Johnson, the first female state senator in Florida, and Mary McLeod Bethune, the founder of Bethune-Cookman University. In continuation of honoring women who have persevered against gender inequality we would like to create a mural of Justice Ruth Bader Ginsberg. Justice Ginsburg has left a legacy of equal rights for woman, securing rights for the disabled among many others that will continue to influence our Nation for generations. Ruth was also know for her friendships with her colleagues that she often disagreed with, most notably the late Justice Antonin Scalia. In these diverse times we would like to high- light such a individual that continuously found ways to unite rather than divide.
We have attached an image of the mural that is currently on Burton's of Dr. Bethune and Beth Johnson. The attached image of Justice Ginsburg is the mural we are asking funding for.